Selling to General Contractors Nationwide 865-584-4542
Send us your specified material list or plans with specifications for your project through the Upload Portal listed. We will return with a custom quotation promptly. Upload Plans 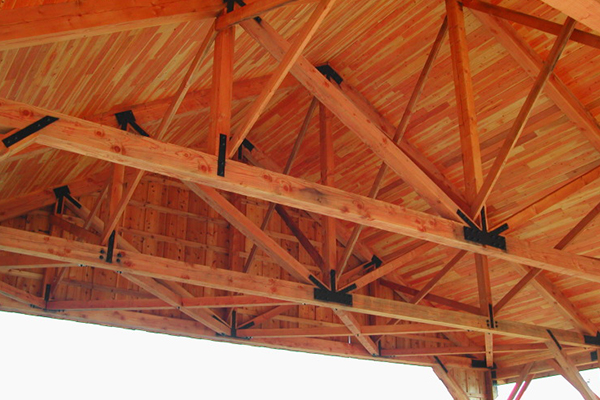 Originally built in 1873 in Dekalb County, IN, Spencerville Covered Bridge was restored with historically available poplar, oak, and other wood timbers that were indigenous to that location in the 1870’s. The relatively rare Howe truss design incorporates vertical and diagonal members that slope upwards toward the center. Galyon Timber & Glulam, Inc. has supplied wood for several restored bridges, after an interest in covered bridges fueled by the movie, “The Bridges of Madison County”.